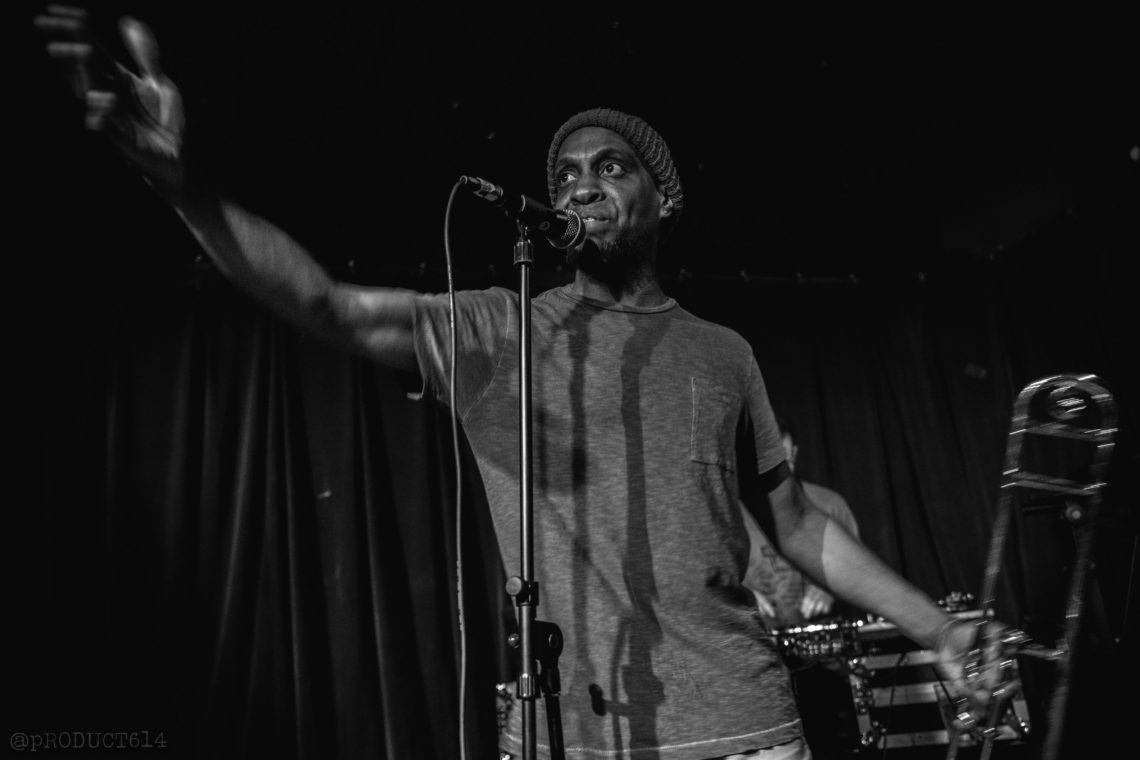 Blueprint (aka Printmatic), is an emcee/producer from the city of Columbus, OH who began his career with the release of a couple unassuming cassette tapes in 1999.  The success of those tapes at a local level inspired he and his crew to form their own independent label, Weightless Recordings, and led to national and international distribution of their releases.  Those early recordings eventually spread to the internet (still new at the time), and propelled the Weightless crew to national recognition, as a part of the fast-rising Columbus hip-hop scene that included acts like Illogic, Camu Tao, RJD2, Copywrite, Greenhouse Effect, DJ Przm & Spitball, J. Rawls, and The MHz.

With Blueprint at the production helm, Weightless Recordings went on to become the most successful independent hip-hop label in the history of Columbus, releasing records from Blueprint, Illogic, Greenhouse Effect, Envelope, and Zero Star – which created strong local and national followings.  The press took note as well and XLR8R Magazine featured Weightless Recordings as one of their “Labels to Watch,” and Blueprint was listed by URB Magazine in their Next 100 issue.

Although his initial buzz came from his work as a producer, the formation of Soul Position with instrumentalist RJD2 pushed Blueprint into the spotlight as an emcee.  The duo signed to independent powerhouse label Rhymesayers Entertainment, and released three critically acclaimed projects (Unlimited, 8-Million Stories, and Things Go Better with RJ & Al), that were featured in outlets like Spin, URB, XLR8R, and Hiphopsite.com among others.

In 2005, Blueprint released his debut solo release 1988, touring the United States and Canada extensively, and over the course of the next four years proved to be one of the most prolific artists around by releasing two solo EP’s (Blueprint Who & Blueprint vs Funkadelic), two instrumental albums (Sign Language & Chamber Music),  two Greenhouse EPs (Electric Purgatory Part One & Two), and his his genre-defying sophomore album Adventures in Counter-Culture in 2011 on Rhymesayers Entertainment.

In 2012, Blueprint added the title of author to his list of accomplishments, self-publishing two books: The Making of Adventures in Counter-Culture and Word is Blog: Volume One.  Blueprint also released his b-side collection Deleted Scenes in 2012 and his collaborative Greenhouse album with Illogic, Bend But Don’t Break, in 2013.  Not one for slowing down, Blueprint has released solo albums Respect the Architect in 2014 and King No Crown in 2015, and the Vigilante Genesis EP (his collaboration with Aesop Rock) in 2016.  His first film, titled King No Crown, was released in the fall of 2017 and won the Best Feature Film award at the 2017 Columbus Black International Film Festival.  He quickly followed up the film in 2018 with his fifth solo album Two-Headed Monster and followed it with a 65-city tour.

In his 17 years as a full-time artist, he has been on the cover of the Columbus Alive five times, the cover of Ghetto Blaster Magazine, been on the front page of MTV.com, had his video in regular rotation on MTV & MTVu, and toured the United States (15x), Canada (8x), & Europe (5x). His Soul Position crew has headlined a sold-out nationwide tour, and he has toured with acts such as Atmosphere, Murs, Brother Ali, Living Legends, Evidence, Blowfly, Islands, Grieves & Budo, and Eyedea & Abilities on his way to becoming one of the most respected artists in underground hip-hop.