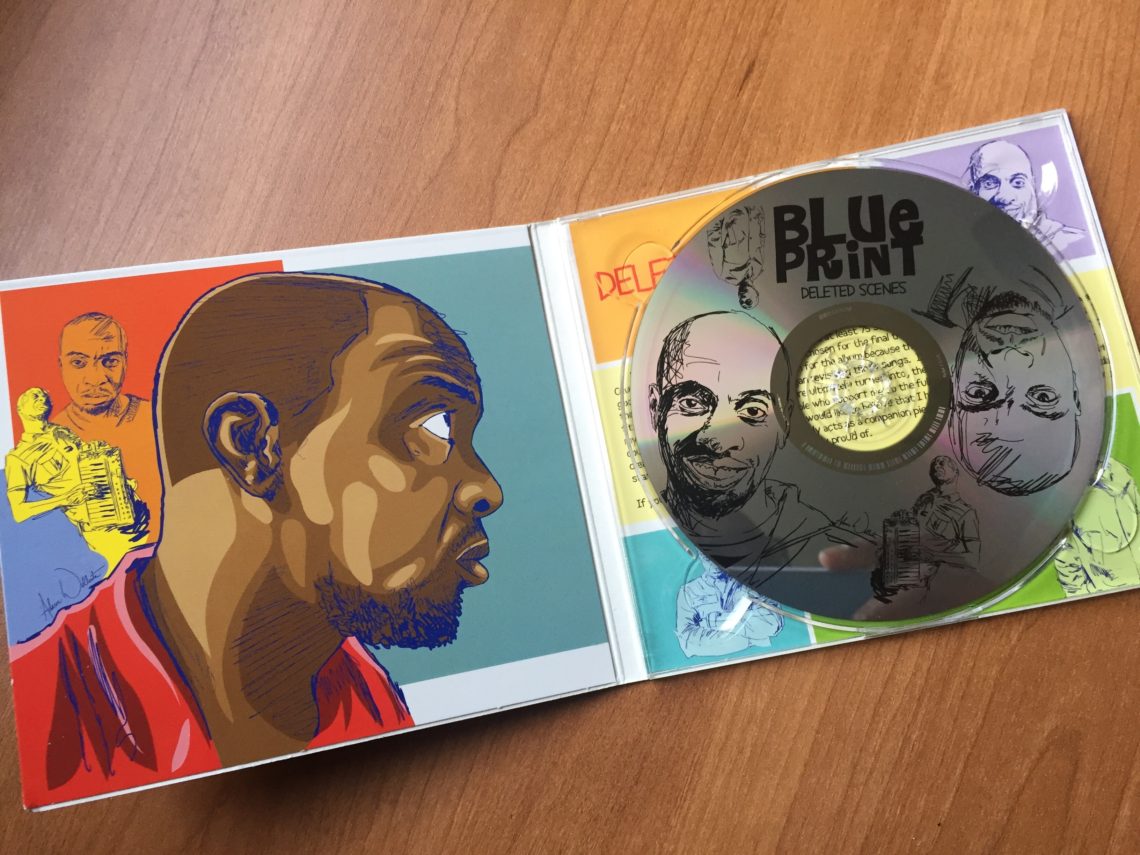 Blueprint’s Deleted Scenes project was released in 2012 as the companion piece to his 2011 solo album Adventures in Counter-Culture, which was released on Rhymesayers Entertainment.  Although he did a 40-city tour to promote the project, the CD version of the album has been pretty scarce every since that tour.  As fate would have it, one of the distributors that used to carry the record recently went out of business and sent a bunch of copies of Deleted Scenes back to us from the projects first pressing.  We now have the Deleted Scenes CDs back in stock for just $8 in the store.

If you’ve never heard it before here are a couple of the singles from the project:

All beats and rhymes by Blueprint.  Artwork is by Adam Wallenta.  Pick up your copy HERE.