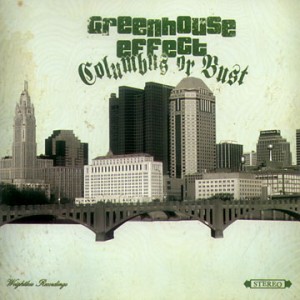 Out of print since 2005, the Greenhouse Effect album Columbus or Bust is now available again for the first time.  It is now a double-cd that includes the instrumentals to the album.  Now shipping for $8

Columbus or Bust is the third release from the Greenhouse Effect crew and the follow-up to their debut full-length album Life Sentences. Produced entirely by Blueprint, with guest appearances by Murs and Jakki the Motormouth. Rhymes by Blueprint & Fess. Written and recorded during the same time period as 1988, and released the same year

Thanks for the support!