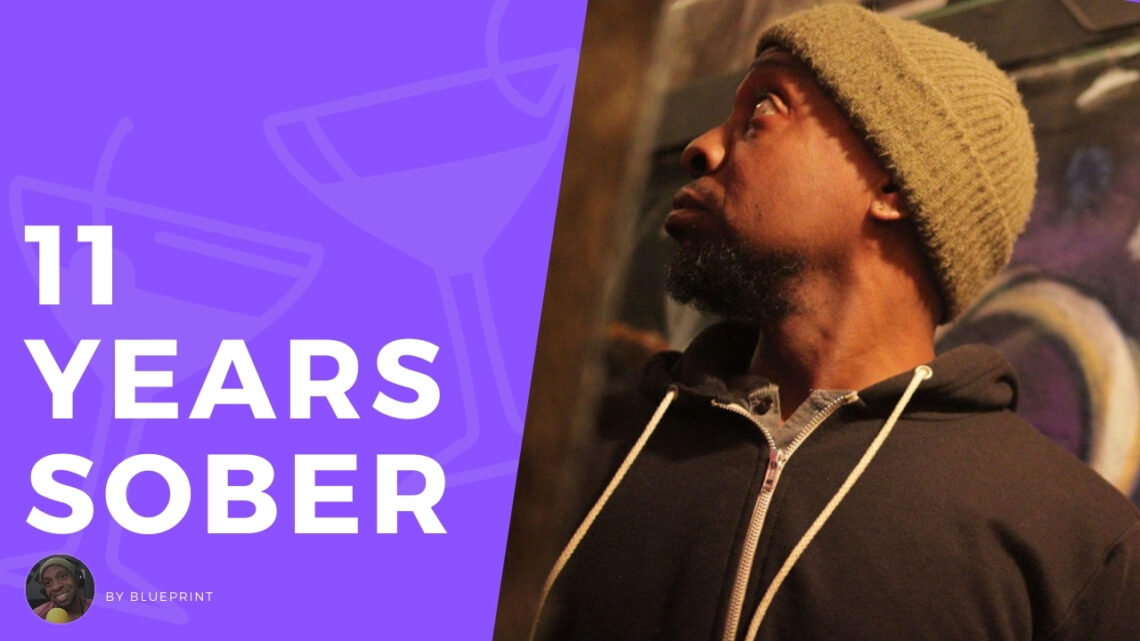 Today marks eleven years sober.  It’s so weird to think and even write this down, but it’s real.

Eleven years ago I was fed up.  Things in my life weren’t going how I wanted them to go and drinking only made everything worse.  For a long while my thinking was “If I can still do all of this and drink this much then there’s no problem.”  Then it ultimately moved to “What could I actually get done if I wasn’t drinking like this?”  I think I’ve found out the answer to that question: a lot.

Over the last eleven years, I’ve been able to focus on my art and my dreams in a way that I couldn’t before.  I never imagined I would’ve been able to do things like writing books and doing weekly podcasts (that I had to edit on weekends instead of drinking) back then.  I never imagined I would’ve had the courage and discipline to play instruments on stage either.  But I found that it’s a lot easier to play keyboard and trombone on stage when you’re sober and have been practicing on it, than when you’re drunk out of your mind.

In short, being sober has made me more ambitious.  Maybe because I manage the time better. Maybe because I trust myself to be disciplined more.  But once I removed the scapegoat and crutch that alcohol had become in my life, I started to see all the things I never would have tried come to fruition.  Hell, I edited and directed a film in 2017, which is something I never could’ve done at my peak of drinking.  Even my musical output has increased tremendously since I’ve been sober.

There have been some sacrifices along the way.  Being sober has meant that I’ve almost had to relearn how to engage in certain social settings.  For years, all it took was alcohol to get me to go somewhere, but now it takes a little more.  But because I don’t go out as often as much, my social life has taken a step back to some extent.  I don’t have as many “friends” now, but I can say that the friends I do have are much more solid.  And whether I knew it or not, nothing I was doing was sustainable for an older person.  There are times when I think about all the wild shit we used to do and laugh, but I also remind myself about the cost of it all.  Sacrificed friendships, putting my life and other people’s lives at risk drinking and driving, and the physical toll it takes on your body, just to name a few.  I never forget that side of it.

Suffice to say I feel much much better now.  Cutting out alcohol has had a snowball effect on the rest of my life.  It made me stop eating so much fried fast food and bar food, which made me learn to eat healthier at home, which made me start getting into working out more.  Somehow I’m in way better shape now than I was back then, even though I was much younger then.  I’ve realized that you only get one body.  Health problems will visit many of us, no matter what we do, I just plan to reduce the likelihood by taking care of myself in every aspect.  Being sober has played a major role in that.

What’s funny now is that I don’t even talk about being sober much anymore.  Probably because I’ve reached the point where it’s now not the exception, but the norm.  Not drinking is now the natural order of things, not some aberration.  And to be honest, I think I’ve now been sober longer than I ever drank.  So in some ways sobriety has been a brand new thing, but it’s also a big return to the norm.  I think this is the point I’ve always wanted to get to.

That said, I don’t know if I will ever drink again.  I always tell myself that I would only do it if I achieved certain things in life and I haven’t achieved those things yet, so not as of right now.  But if I ever chose to drink again it would be with a lot more responsibility than I did the first time around.  In fighting they say that it’s the punches you don’t see that hurt you the most.  Drinking for me was a lot like that because I never really took the consequences seriously, so they hit harder than expected. I thank God everyday that I stopped when I did.  Now I’ve been sober for 11 years.

To anybody out there who is having problems with alcohol and considering quitting, listen to your heart.  Know that you are amazing without alcohol and it doesn’t make you special.  You were special long before you ever had a drink.  If you want to take some time off, do it.  See how your body and spirit feels.  If it feels good to take time off, then keep going.  My decision to stop drinking has been one of the best decisions of my adult life, and it may be for you as well.  Here’s to one more year of sobriety.

Thanks for reading,
Blueprint