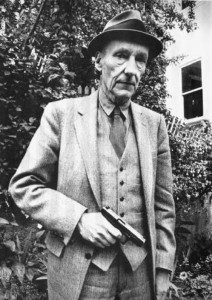 From what I can tell being a thug just isn’t what it used to be. It seems that its harder on a thug more than any other time in history.

I mean, what if your life consisted of nothing but shootouts and fights on a daily basis?  For most people having to deal with an overbearing boss is enough to make you wanna figure-four leg-lock someone.  Imagine the kinda mental stress you must go through everyday if you wake up like, “well this could be my last day here on earth, but fuck it let it do what it do.”  I dunno if that’s a lifestyle I’m equipped to deal with.  Imagine being in and outta jail sometimes for days, other times months, or even years.   But, this is your whole lifestyle we’re talking about, not just a one time thing when you were 20 years old.

One thing I don’t think most people realize about most thugs is that they’re mostly broke.  Now, you may be saying to yourself “I thought they sold drugs?” That’s a common misconception about thugs.  Most drug dealers are not thugs, and most thugs are not drug dealers.  There’s a difference.  This is why they’re always trying to rob people–because they’re broke.  Most thugs go to jail for assault and robbery.

Back in the day if you were a thug, you maybe walked around with a leather jacket and a switchblade and maybe you roughed a few people up. But, you lived a fairly simple and care free life, because people mainly just gave you your run of the place and your space. So there wasn’t much need for a lot of lashing out on the community. And if you had to give some kid a knuckle sandwich along the way it wouldn’t kill anyone.

Hell, on the low, being a thug was lightweight the move back in the day. But now in 2010 it saddens me to announce that the form of thugging you and I knew as children is gone.  Thugs then had fun and partied and had chicks everywhere.  Thugs today have dudes everywhere and party. The level of fun doesn’t seem to be equal in my humble opinion.  But, like with everything I think life goes in cycles.  So, whenever the old way of thugging comes back I think I’m gonna try that out for a few years. I may be like 67 years old when it happens, but I still think its something worth looking into.